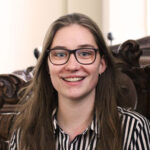 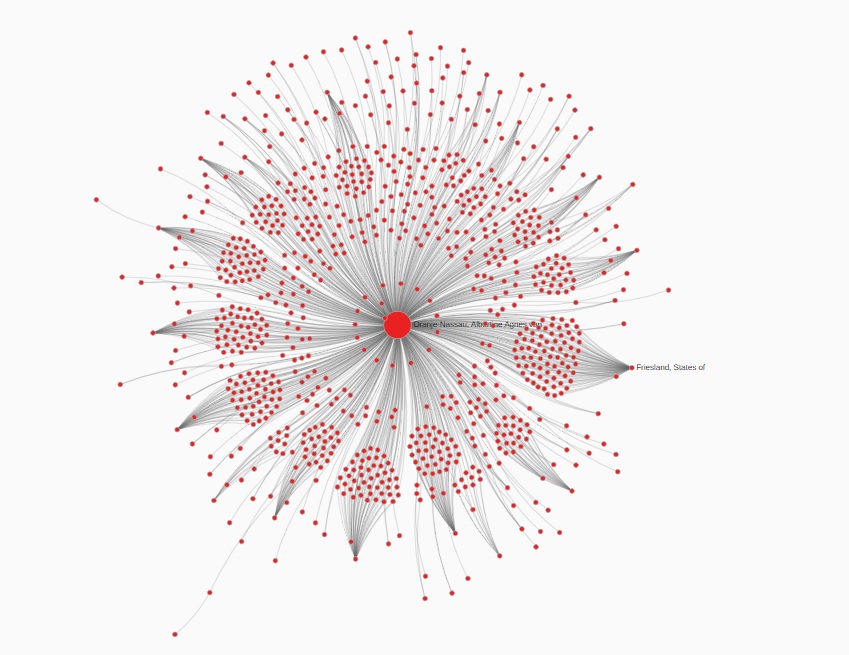 The Republic of Letters has been understood as a distinctly male phenomenon, with some notable exceptions of women participating in the learned exchange of letters. However, learned men often took up multiple occupations that brought them into contact with members of the aristocracy and nobility. Within the aristocracy, women could occupy important positions such as queens, queen-mothers, and duchesses. From these positions, they were often able to exercise political influence. Following these insights, I have reconstructed the social network of Albertine Agnes van Oranje-Nassau. I have used the metadata from her correspondences, in order to discover to what degree Albertine Agnes was involved in the Republic of Letters. Using the metadata, I have visualized her social network, who she was in contact with and what their occupations were in order to determine if she was connected to the Republic of Letters and in what degree. After I had identified scholarly correspondents in Albertine Agnes’ network, I transcribed and read the letters to determine the nature of the correspondence. 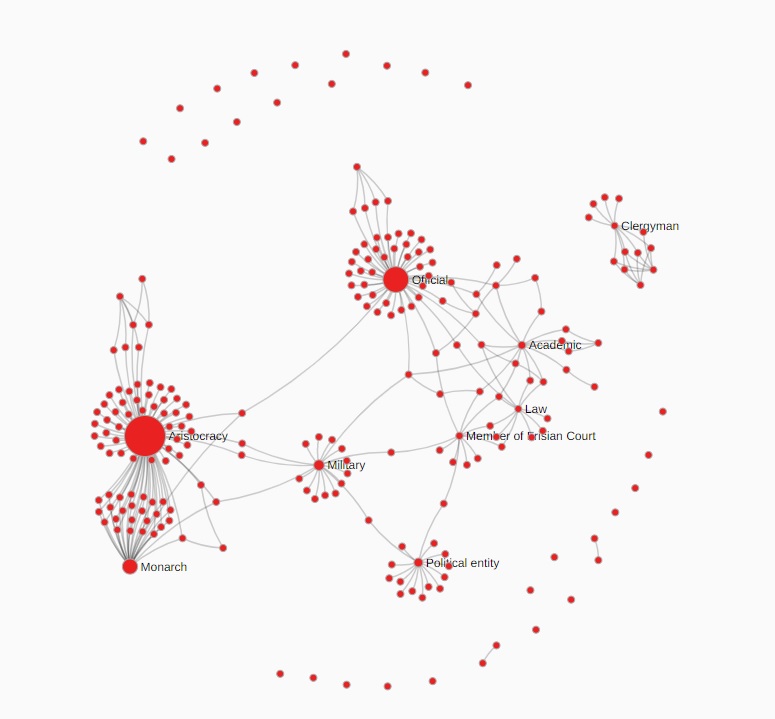 Albertine Agnes (1634-1696) was the wife of Willem Frederik van Nassau-Dietz (1613-1664), stadtholder of Friesland, Groningen and Drenthe. She was the daughter of Frederik Hendrik van Oranje (1584-1647) and Amalia von Solms-Braunfels (1602-1675). After Willem Frederik’s death in 1664, Albertine Agnes became regent for her son Hendrik Casimir II (1657-1696), who was not yet of age. This meant that Albertine Agnes was regent for Friesland, Groningen and Drenthe from 1664 until 1677. Her political prominence is frequently reflected in her correspondences from this period. The list of her correspondents, for instance, largely consists of political officials, such as deputies and secretaries of the States-General, diplomats, mayors and military officials.

As regent, Albertine Agnes occupied a unique position of power for a woman in the seventeenth century. Not only did she intervene in questions of military defenses during the Rampjaar in 1672, but she also corresponded with several professors about the appointment of a professor of theology at the University of Franeker, which was a socially and academically important procedure. The faculty of theology was the most important faculty at the university. The University of Franeker was known for its orthodox protestant stance, and its professors (men like Sibrandus Lubbertus, Johannes Maccovius, William Ames and Johannes Coccejus) were highly influential in the protestant world.

In 1674, two prominent theologians named Ulrich Huber and Friedrich Spanheim both sent letters to Albertine Agnes van Oranje-Nassau, concerning the appointment of a new professor of theology at the University of Franeker.  Ulrich Huber, at the time professor of Law at the same university, wrote to her on the 20th of October 1674 (new style) about the vacant professorship, but also remarked on another vacancy for a minister in Franeker, since Balthasar Becker, the professor of Theology at that time, was leaving for Holland. According to Huber, “such a rare occasion could give rise to hope to this city that otherwise would not claim it, but your highness and the lords, that arrange these things of the academy (…) to combine the vocation and the ministry”. Huber immediately recommended Herman Witsius for these positions: “his solid teachings and his admirable talent to convey his thoughts to others cannot be used better than in a place where they will reap double fruits”.

The importance of the professorship was also hinted at by Friedrich Spanheim. In his letter to Albertine Agnes from October 1674, he wrote about the “intrigues that still rule the province, to put people in a new party and to strengthen this, to the detriment of the union, the construction, and the peace.” He also recommended Herman Witsius for the position, as he was “worthy and virtuous,” and had everything he needed to be “a famous, orthodox, pious, peaceful professor, far removed from controversial novelties”. The controversial novelties in question had to do with a theological conflict within the protestant church between Cocceianism and Voetianism. Witsius was a Voetian, the more orthodox strand, while the departing professor Becker was a Cocceian.

Albertine Agnes agreed with the appointment of Herman Witsius. On the 20th of that year, she wrote to Ulrich Huber that she thought that the choice for Witsius was more than worth it. Her letter, however, was not signed, so it remains unclear whether it was actually sent to Ulrich Huber. Moreover, it is difficult to deduce from this exchange the exact degree of influence that Albertine Agnes had on the appointment. Nevertheless, her correspondences show that it was important for both Huber and Spanheim to have her by their side with regard to this important appointment.

Due to her position as regent, Albertine Agnes wielded more political power than was usual for women of her time. Nevertheless, her involvement within the Republic of Letters, was, to conclude, almost non-existent. Her interference in the appointment of a professor of theology and her correspondence with influential scholars such as Constantijn Huygens remain relatively exceptional when we consider her correspondence as a whole. Albertine Agnes herself did not engage in academic discussions with citizens of the Republic of Letters. While her correspondence shows that she had agency as a political and diplomatic figure, her scholarly engagement was limited. However, it remains to be seen whether this had to do more with her sex than with her position as an aristocrat.