RT @jeroenson: Published: article in @LIBEReurope Quarterly on the implementation of Article 25fa of Dutch Copyright Act by @deVSNU. It all… 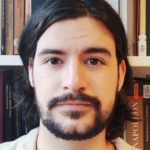 The Japanese gown as an unlikely Dutch scholarly symbol

In 1691, the Leiden professor Jacob Gronovius (1645-1716) was to deliver a festive public oration on the occasion of the return to Holland of the victorious stadholder, the recently crowned king William III of England. Leiden University took great care to ensure that the ceremony proceeded absolutely untainted. It therefore ruled that

“by superior authority, entrance to the University is forbidden to all those who are not dressed in a civilized manner but in Asian attire, holding on to dishonoring the public outlook.”[1]

Why would professors and students dress up in Asian clothes when attending a public address in Latin?

The second half of the seventeenth century witnessed a renovation in fashion first associated with the affluent at large, but soon hogged by scholars and men of letters: the dressing gown or Japanese robe. While mid-century’s male fashion leaned on martial influences, the period 1660-1700 was characterized by a tendency towards slackness: voluminous petticoat breeches and loose ruffed shirt sleeves became widespread, and the fashionable pursued a carefully unkempt lounge style. This taste, combined with buoyant trade relations, brought forward a trend of appropriated wide garments from distant lands, such as Polish and Turkish long coats and cloaks. Yet amongst these, the Japanese robe became predominant as an item of conspicuous consumption, and as an intellectualizing aspirational attire for the bourgeoisie – conjuring up the majesty of a classical toga, yet exuding exotic exaltation; hinting at seclusion, study and domesticity yet also openness, know-how and domination of the world.

This trend gained momentum over three decades since the arrival of the first Japanese gowns to Europe. The shogun gave them as a present to VOC officials in 1635, as part of a customary yearly present exchange, the only occasion when European merchants were allowed in the mainland. Another twenty robes were sent in 1650 and again four years later.[2] By this time Dutch traders enjoyed a monopoly in trade with Japan. Already in 1642, an official of the VOC shipped some Japanese robes to Amsterdam to be sold.[3] An exponential growth in demand convinced the company to seek the privilege of dealing with Japanese tailors directly, instead of obtaining the robes through the ceremonial gift exchange. This privilege was eventually granted in the 1660s. The robes became available in the VOC warehouses, together with other exotica. The most sought after were padded silk kosodes and secondarily cheaper cotton yukata-style robes. Since supply was scarce and prices high, imitations and accommodations to the European market soon appeared. By extension, other kinds of gown-like garments were referred to as japonsche rocken in the United Provinces. They were often produced in India and China, but also increasingly manufactured in Europe from imported Asian cotton-wools during the 18th century, when they eventually become a more affordable commodity.

We can track the development of the Japanese robe fad in the estate and auction inventories in the upmarket Rapenburg canal in Leiden. Already in 1661, a trend-setting nobleman owned a Japanese robe, and some ten years later, the medicine professor Franciscus de le Boë Sylvius (1614-1672) owned two luxurious Japanese gowns which he kept with his academic regalia by the time of his death.[4] By the end of the century, second hand Japanese robes were priced around 14 to 16 guilders.[5] Very old robes (“seer ouwe Japonse rocken”), could be obtained for as little as little as 2 guilders, but good quality ones were valued around 30 guilders To put this pricing in perspective: a presentable Japanese gown would cost about thirty to forty per cent of the yearly income per capita in 1700.[6]

Although these robes were a general symbol of wealth and cosmopolitanism, they soon acquired clear connotations of erudition. Regents and rich merchants sported them in their portraits, especially those with a penchant for learning, like Nicolas Witsen (1641-1717), mayor of Amsterdam, director of the VOC and notorious collector and sponsor of the sciences, or Pieter de la Court (1618-1685), cloth merchant and radical republican thinker. They were most commonly depicted in conjunction with writing utensils, books and globes; and almost invariably against the backdrop of a well-supplied library. This is obvious in the fictionalized trade depictions by Vermeer of an astronomer and a geographer from the 1660s, or Jan Luyken and Jacob Gole’s prints of learned men and students in their chambers in the 1680s and 90s. There are portraits in Japanese gowns of well-known scholarly figures such as Christiaan Huygens (1629-1665), Antoni Leeuwenhoek (1632-1723), Hadriaan Beverland (1650-1716), Govert Bidloo (1649-1713), and Gisbert Cuper (1644-1716). Latin school rectors also followed this trend; portraits of the Leiden rectors Lucas van Rijp (1647-1716) and Hendrik Snakenburg (1674-1750), who wears a remarkably luxuriant pink gown, Hermannus Neuspitzer (1638-1679) from Dordrecht, Samuel Pitiscus (1637-1727) from Utrecht, as well as the two rectors of Amsterdam, Jacob Heiblocq (1623-1690) and Cornelius Sladus (1599-1678) show that the fashion was not limited to stellar scholars. These portraits are scattered over museums and private collections, but a look into the holdings of the Rijksmuseum suffices to show the extent of this trend. To illustrate this, I have compiled the following, non-exhaustive digital collection: https://www.rijksmuseum.nl/nl/rijksstudio/2113724–manuel-llano/verzamelingen/japonsche-rocken.

The measure on the occasion of Gronovius’ 1691 public praise of the new Dutch king of England fell on deaf ears for another couple of decades: as late as in 1726 the members of the academic community were pressed hard to appear at a formal ceremony dressed in a civilized way, and not “habitu Asiatico”[7]. In fact, it was quite common for professors to climb the cathedra, lecture in one’s dressing gown, and to keep on the robe all day, even when visiting coffee-houses and libraries. The scholarly deshabillé craze continued well into the 18th century, with a foreign visitor reporting that:

“The students do not care at all for splendorous fashion like they do in Germany. Most of them seldomly take off their dressing gowns, which are the favorite garments of the bourgeois. This made me believe, the first time I stopped by in Leiden, that an epidemic disease reigned supreme. Certainly all these shabby people on the streets looked like patients who are still recovering.”[8]

This site uses Akismet to reduce spam. Learn how your comment data is processed.