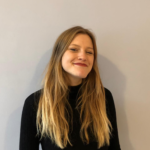 Spotlighting ‘the invisible friend’ of the sixteenth century: an integrated network of scholars, poets and painters from the Low Countries

When you think of your own network, what do you imagine? Probably your family comes to mind, classmates, acquaintances from work, and friends of these people. In our digital age, many of our connections leave traces behind. WhatsApp, Facebook, LinkedIn, Twitter, emails and other platforms allow us to communicate with each other. Future researchers may be able to use these traces to reconstruct and study professional and social networks of 21st-century people. However, what happens with the connections that leave no written traces? The neighbours who become friends, the classmates whom you often speak to but not through social media? What happens to ‘the invisible friend’?

People in the sixteenth century knew fewer forms of communication. Writing letters to faraway friends and the use of poetry books (alba amicorum; see an example below) are some of the few traces preserved over time. These letters and inscriptions provide information about who was in contact with whom. Due to the study of correspondences, of sixteenth-century scholars, historians have discovered that early modern scholars often spoke about the ‘Republic of Letters’, that socially took shape as a web of epistolary networks that reached across the whole of Europe… 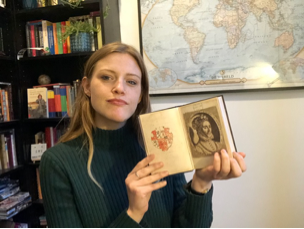 The album amicorum of Janus Dousa.

However, letters provide not the only traces of contacts between these scholars. Due to our focus on the letters, the scholars we study seem to be isolated from other important groups of people, like painters and poets. Humanist scholars moved in the same circles as vernacular poets and visual artists, even if we have no surviving letters exchanges between them. To know more about these connections, I focused on the social network of sixteenth-century scholars in the Low Countries. My aim was not to visualize the whole network of sixteenth-century Dutch scholars; rather, I selected some scholars active in the Republic of Letters who were most likely to have had connections with rhetoricians and visual artists. But how do you unravel their potential connections without direct written communication?

These connections are mentioned in biographical accounts or through inscriptions in alba amicorum. Connections may be assumed between printers and authors, or between painters and clients. Some people are likely to have known each other from attending the same school at the same time and others must have met through the membership of a chamber of rhetoric. Chambers of rhetoric were associations of vernacular poets who held competitions and performed their acts on the streets. Private meetings brought members in contact with each other. Alba amicorum were, simply put, friend books that were particularly popular among students. Alba can be seen as a documentation of encounters between students, prominent professors and other people the owner of the album found interesting. The contribution of a friend or acquaintance to an album proves the connection between two persons.  If one puts the metadata of the encounters together (people, places, dates), a network of encounters appears. Even if entries in alba amicorum testify to one-time encounters only (not necessarily giving evidence of sustained contact), they can give insight into the encounters and contacts of the owner.

I visualized different types of connections using Nodegoat and gave each type of connection a different colour. By doing this I explored if vernacular rhetoricians and visual artists fit into the extended network of the Republic of Letters. A small part of the network that arose from my data is visible below. 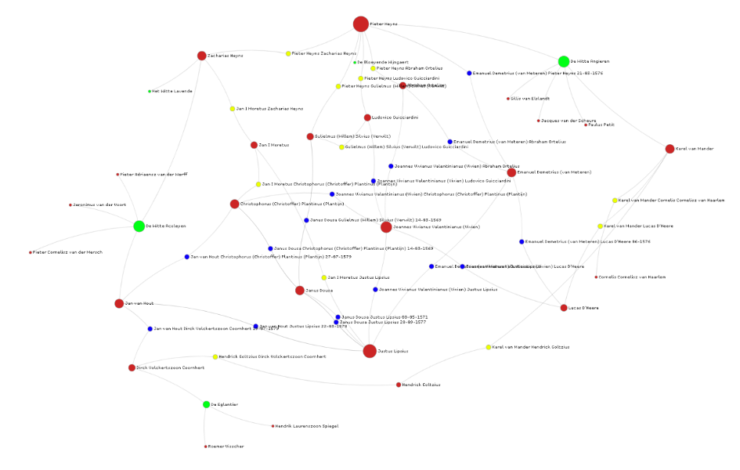 Remarkable is (at the top) the rhetorician Pieter Heyns (Antwerp, 1537-Haarlem, 1598). He wrote an entry in the album amicorum of the historiographer Emanuel van Meteren (Antwerp, 1535–London, 1613). However, as a rhetorician, Heyns had rather a central than a marginal position in this network. He was befriended with Abraham Ortelius (1527-1598), the Antwerp cartographer who contributed to the alba of Emanuel van Meteren and of the merchant-poet Johannes Vivianus (Valenciennes, 1543/6–Aken, 1598). The Antwerp and Leiden printer Willem Silvius (Den Bosch, 15**-Leiden, 1580) printed the work of Heyns and was thus also connected to him. Silvius was well known in the circles of rhetoricians but also printed the works of the famous nobleman, scholar and Latin poet Janus Dousa of Noordwijk (1545-1609) and the highly successful Italian-Flemish historiographer Ludovico Guicciardini (Florence, 1521–Antwerp, 1589). Guicciardini was, in turn, befriended with Heyns. So far, the Antwerp background of all these people will have helped to connect them: even if Antwerp was a large city, the early modern urban landscape was such that they will have run into each other frequently, even by chance. When Heyns fled to the northern Low Countries, he joined the chamber of rhetoric in Haarlem. There, the painter and author Karel van Mander (Meulebeke, 1548-Amsterdam, 1608), likewise a Flemish migrant, was also member of this chamber in this period. In Haarlem, Van Mander formed a study group with his friends, the young painter Cornelius Cornelisz (1562-1638) and the famous engraver Hendrick Goltzius (Bracht-am-Niederrhein, 1558-Haarlem, 1617). Goltzius used to be the pupil of the poet and philosopher Dirck Volkertsz Coornhert (Amsterdam, 1522-Gouda, 1590), who lived in Haarlem (1541-1568) and who was connected to the chamber of rhetoric in Amsterdam. Karel van Mander himself was a pupil of the painter-poet Lucas D’Heere from Ghent (1534-1584), who signed the alba of Emanuel van Meteren and Johannes Vivianus. The network doesn’t stop here. Pieter’s son, Zacherias Heyns, worked for the Leiden printer Jan Moretus, the son in law of the famous Antwerp printer Christoph Plantin (c.1520-1589).

Assembling different types of connections shows that Pieter Heyns was part of the bigger network around the historian Van Meteren and the scholar Johannes Vivianus. Even without the use of correspondence we see that scholars, rhetoricians and visual artists were part of the same circles – a social world that we lose out of sight when only focusing on epistolary exchange.

This does not mean that adding correspondence cannot be fruitful. What the visualisation does not show is that Plantin was a correspondent of Janus Dousa, himself a friend of the prodigiously learned Haarlem humanist Hadrianus Junius (1511-1574), whose works were also printed by his correspondent Plantin and who sold his house to Coornhert (who, incidentally, carried out a polemic with Lipsius). Obviously, adding the epistolary data to this network would reveal even more connections. By incorporating different types of connections drawn from biographical sources, as mentioned above, and correspondence metadata, the network becomes even more complete. Interesting in the correspondences of the scholars Alardus Amstelredamus (1491-1544) and Hadrianus Junius is their common correspondent Arnoldus Sasbout, a high-ranking councillor (d. 1583). Sasbout was well acquainted with the painter Jan van Scorel (Schoorl, 1495-Utrecht, 1562), who lived part of his life in Haarlem, where he was much praised by Junius. This network is visible below. 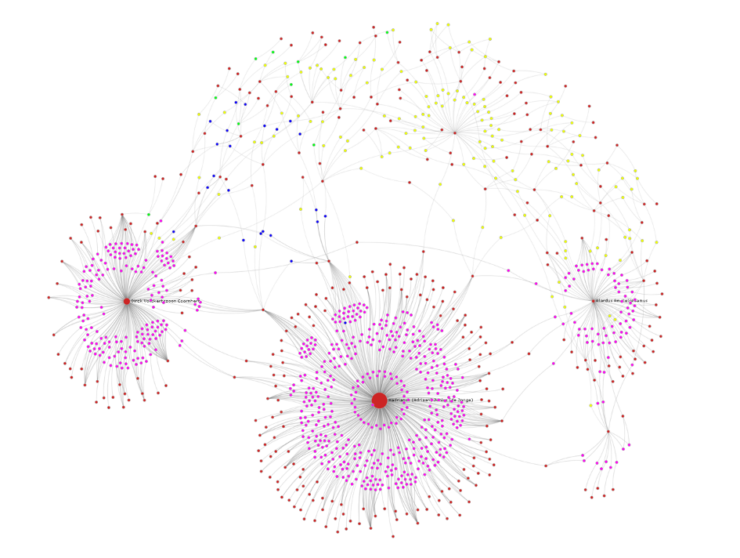 This time, the urban space of Haarlem appears to have had an integrating effect on the social ties between all these members of the cultural élite: Van Scorel, Coornhert, Junius, Van Mander, Cornelisz and Goltzius all knew each other in Haarlem, and we might very well add more names, such as that of the painter-engraver Maarten van Heemskerck, the pupil of Van Scorel, with whom Junius as well as Coornhert cooperated. The proximity of Junius, Heemskerck and Coornhert explains why no letters survive between these three, but if we incorporate different types of relations, it becomes clear that Dutch scholars were not as isolated as previously thought. Historians simply disregarded the friends who failed to leave direct traces.

Further research can show how the strength of the connections differentiate or how we can trace the connections in correspondence through citation analysis and co-citation networks. This will allow us to gain more knowledge about the social network of scholars, artists and rhetoricians and will help to trace the invisible friend.