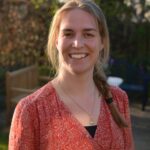 Do you still buy real books? The ones printed on paper that you can leaf through? Or have you already made the switch to e-books? Some people have very strong opinions about printed books vs. e-books, especially on the internet. The two sides in this discussion often are either victims of doom-mongering or foster overly utopian views on the topic.[1] This discussion is, in a sense, comparable to a revolution in the business of books which took place hundreds of years ago: the emergence and popularization of the printing press. The printing press had an enormous impact. Just like in our days there were pros and cons to point out when it came to this new technique. However, it is a fact that the printing press, just like digitization and digitalization, contributed to an enormous spread of knowledge.

Much virtual ink has already been spilt on the comparison, so the focus of this blog will not be on the printing industry in general, but on an overlooked aspect of it: the women in Antwerp who during the sixteenth and seventeenth centuries worked in the printing industry. These women were are all widows. Their husbands had started the business and after their deaths the women took over. Often the women had already been active behind the scenes, but as widows they took on a more public role. Victoria Christman, who conducted a study into these widows, claims that there were at least sixteen widowed women active in the publishing business in the sixteenth century. These women operated during the heyday of Antwerp as a publishing centre, between 1530 and 1580. Five of these women are of particular interest because they were involved in the “publication of religious material that was of questionable legality”.[2] These women were printing texts that violated the edicts of Charles V, and his successor Phillip II. It is an interesting fact that for two of them, Maria Ancxt and Catherine van Ruremund, violating these edicts led to the deaths of their husbands. Two of the other women’s husbands were also prosecuted several times by the authorities for their publications.[3]  Studies like Christman’s show that Netherlandish widows had considerable freedom on account of their status. The fact that these women were able to avoid punishment is a sign that the local authorities held gendered patterns of conviction: they were more forgiving towards the widows than to the men who were in charge before they were. Moreover, it is evidence for the role that women played in the spreading of knowledge. 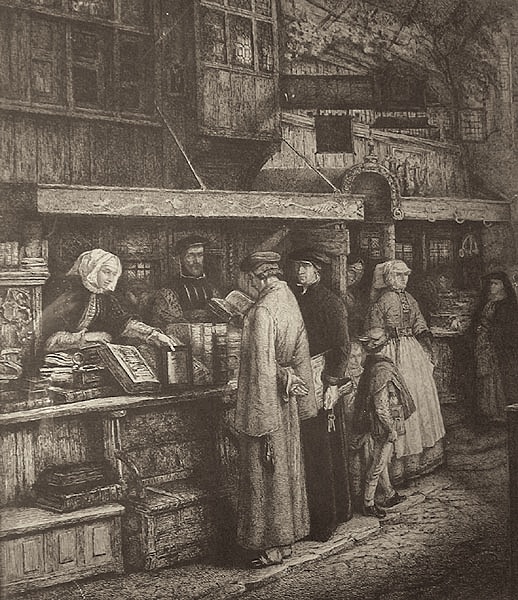 Spreading knowledge was one of the imperatives in the moral economy of the Republic of Letters. The printing press made sharing easier since the process of copying was simplified. Printers played an essential role in the academic world at the time. There is, however, no consensus about the question whether printers should be included in the ‘Republic of Letters’. It can be argued that they were not, since they are not part of the higher academic circles: most of them did not conduct their own research nor write academic texts. The printers merely copied what was written by others and spread the information. Nonetheless, it is this last detail that makes them very important to the Republic. They liased with scholars, acted as gate keepers of what was spread in print and what not, and often prefaced the books in their portfolio with Latin addresses to the reader, framing the contents of the books. Hans Bots in his latest monograph about the Republic of Letters therefore dedicated a whole chapter to the Dutch printing industry, including them squarely in the domain of the Republic of Letters.[4] While the spreading of knowledge became less time consuming and cheaper with the emergence of book printing, the people who were in the business of printing were part of the bigger circle of the Republic of Letters. In her seminal (and much debated) classic study of the influence of the printing press on society, Elisabeth Eisenstein gives the example of Pierre Bayle, the late 17th-century Huguenot. He edited the journal News from the Republic of Letters which was printed by Reinier Leers in Rotterdam. Eisenstein saw this as a manifestation of the need that was felt for a blooming printing business. Leers was able to print Bayle’s volume because he relied on “the relative freedom enjoyed by Dutch printers and on the existence of a sufficiently large international reading public for support”.[5] This example shows that the relation between book printers and the Republic of Letters was beneficial for both parties. 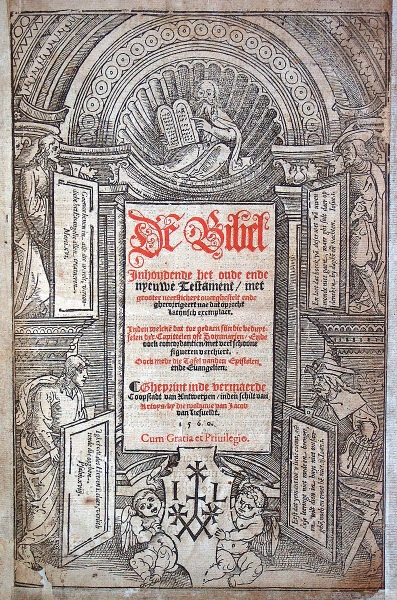 The widow printers in Antwerp relied on these same benefits in their publishing business. The city of Antwerp was the Northern European centre of heterodox publishing in the first half of the sixteenth century. From Antwerp the books were shipped all over Europe. Alastair Duke, who studied the methods of the ‘Inquisition’ in this period, has suggested that of four thousand books published in Europe between 1500 and 1540, half were printed in Antwerp.[6]  Christman adds that almost half of those publications contained Protestant influences.[7] The five heterodox widows who operated in Antwerp, all produced illegal publications despite the fact that they knew this had been declared a capital crime. Maria Ancxt’s husband, Jacob van Liesvelt for example, had been executed in 1545 as a direct result of publishing forbidden works.[8] Some scholars have suggested that the reason for Jacob’s conviction was an engraving in which the Devil is depicted as part of the clergy, more specifically as a monk. He even wears a frock and holds a rosary. However, it remains unclear if this was the true reason, because the same engraving was later used in authorised Catholic publications, such as De Woestijne des Heeren.[9] This would mean that they were not as problematic as assumed by modern scholars. It is more likely that Jacob’s side notes in several other of his publications (which showed a clear opposition to the Catholic Church) got him in trouble.[10] After his death, Maria continued to publish works of the same category. The publishing house seems to have been unaffected by Jacob’s conviction.[11] Because women like Maria and her employees were brave enough to withstand the regulations, protestant theology could spread and Bibles in the vernacular were printed.[12] Catherine van Ruremund, for example, who took over the business from her late husband Christoffel, published illegal works in English, including Tyndale’s New Testament.[13] Because of Catherine and other widow printers, much debated knowledge became more accessible. 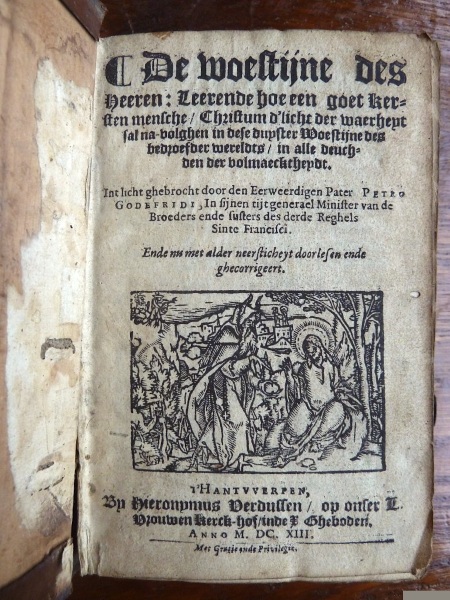 The majority of studies about the Republic of Letters have focussed on the scholars that were part of this community. When writing about women and the Republic of Letters historians often focus on the seventeenth century and mention women such as Anna Maria van Schurman and Princess Elisabeth of Bohemia.[14] Still, the male voices have consistently received more attention. However, when the broader context of sharing knowledge in this period is taken into account, a much more diverse and complex network can be discovered. Seeing publishers as necessary members of the thriving of the Republic of Letters and paying more attention to their sharing of knowledge, reveals an alternative way of identifying learned women, write them into the history of the Republic of Letters and provide a more diverse and inclusive history that better reflects that actual social reality of the early modern knowledge economy.[*]

[*] This blog was written as a response to the publication of the database Impressae[15] in 2020. This database is part of the PhD project At the Sign of the Moon. Family, Women and Work in Early Modern Printing Houses (Antwerp, Leuven and Douai, 1500-1700). Impressae aims to reconstruct the lives and work of women printers in Antwerp, Louvain and Douai. The project and the database are both very interesting, especially when one wants to know more about a certain female printer, or a family of printers. It is important to mention that there is no browse option offered. So, in order to use the database, the user already has to know the name of a printer to be able to access the information. This could limit the use of Impressae. However, the database does offer the possibility to make small queries to find records linked to particular persons, organisations, or titles published in a particular town. When you limit the search to occupation ‘printer (independent)’ + sex ‘female’, the database will provide a list of all the female printers whose records have already been added. This helps the user with finding ‘new’ names.

[6] Quoted in Christman “The Coverture of Widowhood” 82

[7] Christman “The Coverture of Widowhood” 82

[8] Christman “The Coverture of Widowhood” 78