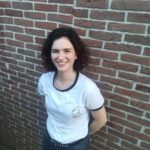 Peat, wine and side gigs: salaries and employee benefits in Dutch Latin schools

In recent years there has been a notorious shortage of funding for education. School and university staff often find themselves in a precarious situation: overworked and underpaid. In the seventeenth century, the situation was no different. This contribution outlines some features of the social and economic status of these teachers. By focussing on their salaries, we gain an idea of their standing in two republics: the Dutch Republic and the Republic of Letters. With this blog, I give a taste of what keeps me busy during my internship at SKILLNET, in the PhD project of team member Manuel Llano.

In the regulations of the Latin school in Den Haag, the responsibilities of its rectors and teachers are clearly stated:

“The rector will have to attend the school on indicated hours and make sure the teachers do so as well, make sure that every day, all lessons are given completely and well, recite and enhance the exercises to the students in such a way that they can all benefit, and keep order and discipline […] The teachers will have to justify everything they do to the rector, not be absent from the school for more than 15 minutes without his consent or a righteous ground, keeping prescribed order and discipline, and taking care of their students to the extent of their power […]”[1]

For this work, teachers of the Latin schools in Dutch cities in the seventeenth century were usually rewarded with a salary, paid from the city’s finances and sometimes the Reformed church. Yet, while some very successful schools and famous rectors enjoyed royal wages, many struggled to break even on the basis of their salary alone, and felt that they were working way above their pay grade. Across the country, teachers requested an increase in their salaries.[2] For instance, when asking for salary increase, the rector of the Latin school in Zwolle stated that for the last few years, he had only continued to teach at the school because of his love for the city.[3] However, it was not unusual that this increase was paid in kind, rather than cash; a sum that was given to the teachers as a bonus that was not officially part of the salary. This made sure that the teachers could get by, but their successors could not make a claim to the same bonus, as it was largely connected to the person and not their function.[4] 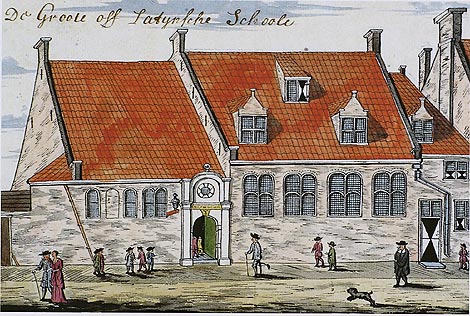 The Latin school in Delft

Occasionally, teachers were asked to perform different side jobs: they could take on more tasks in the church, library, school or city government in order to earn some extra money. In several cities, working in the local library would add some additional 50 guilders to the monthly income. Some teachers took on the role of beadle and were paid 25 guilders in return. Since many of the teachers were schooled in theology and some of them had even been priest before they moved on to teaching or ambitioned an ecclesiastical career, helping out in the local church was also a part-time job that teachers would take to earn something extra.[5] In Deventer, the conrector could add another 200 guilders to his pay check for keeping an eye on the students of the school in the bursa, the student housing facility.[6] In 1626,  the Latin school of Dordrecht (like some in Utrecht and Gelderland) opened the job of schrijfmeester (calligraphy teacher), so it could be filled by one of the lower teachers of the school for another 150 guilders.[7] In Groningen, some teachers doubled as innkeeper, farmer or tax collector to supplement their income.[8]

A more debated and criticised side job was teaching private classes, or privatissima. These classes were usually taught by the rector or conrector who would, for a monthly price as high as the seasonal admission fee, add lessons to the curriculum of children whose parents could afford private tuition. However, some rectors started recommending these classes as a recap of the curriculum to students who struggled with the regular programme. In various schools, rules about the private lessons (laying out who was allowed to teach them, when and for what price) were documented to prevent abuse. In Dordrecht, for example, preceptors were never allowed to teach private lessons and doing so would lead to a high penalty of  50 guilders per student and discharging.[9]

Latin schools were very concerned of keeping the monopoly of Latin education, and they lobbied against independent teachers and other competitors, but in practice, especially in large cities, they could not prevent ‘illegal’ schools, like the one of Franciscus van den Ende where Spinoza took lessons, to exist. Many of these Latin schools provided a heterodox confessional edge, being run by Catholics, Remonstrants and Anabaptists, while the official schools were concerned with proper Reformed orthodoxy. 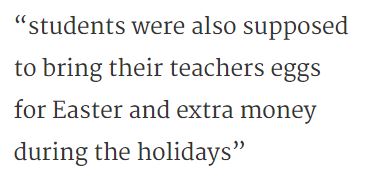 Another lucrative way to raise the income of teachers was the minerval, a (mostly seasonal) admission fee from the students. Schools had different means of handling this minerval and this affected the payment of the teachers; it could be equally divided amongst the teachers or it could be divided according to the ranking of the teacher, and the distribution could be carried out by either the teachers themselves or the city government.[10] The Latin schools of Groenlo and Harderwijk were exceptions as they never asked any of their students for the minerval.[11] The sum that students were asked to pay differed from one place to the other and from time to time. In general, the sum increased through time with inflation and students in the higher (rector’s) classes were asked more money than those in the lower classes. Next to the minerval, students were also supposed to bring their teachers eggs for Easter and extra money during the holidays. In Dordrecht, this was prohibited. From as early as 1591, teachers were not allowed to ask their students for these extra payments. It also prohibited the fee for burning candles in the classroom.[12]

The eggs the teachers received with Easter were an example of a type of non-monetary income: rations. They did not just receive this kind of payment from their students, the city also provided in some of the staple goods, such as bread, wine and beer. Since 1628, the rector of Groenlo received a rye bread and half a pound of butter three times a year. Peat to light the fireplace (of the school building and sometimes the house of the teacher) was also a common part of the salary, if not provided by the city then paid for by the students’ parents. Likewise, teachers in the province of Groningen usually got a garden to grow their own food and a few cows to compensate for an unsatisfactory income.[13]

A second means of non-monetary payment was the housing of the teachers, often only the rector and/or conrector. A house was made ready for the rector of Nijmegen and his household in the kanunnikenhuizen (houses of the clerics) and later in the monastery De Enigheid. Also in Harderwijk former Catholic buildings were used to house the teachers.[14] Those who were not housed usually received a sum to compensate the rent on a house somewhere in town. Sometimes, when a city tried to get a teacher from another city to teach at her school, she would offer to pay for the expenses of moving from one city to the other.[15] 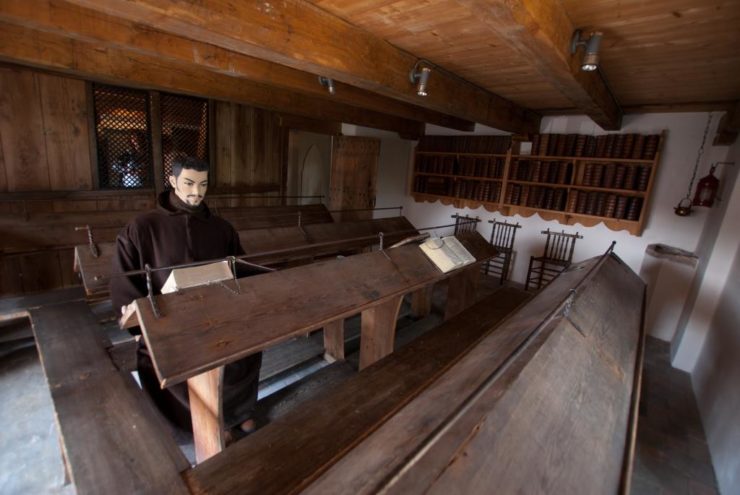 Interior of the Latin school in Edam

Once they arrived in the city, these teachers would automatically get citizenship of the city.[16] This is an example of a last means of allowance: privileges. This type is more vague than the others as it could mean many things. In the east of the Dutch Republic, teachers often had the right to let their cows graze in the city fields. They were also, like professors and students from some universities, excepted from some city taxes. Other than that, teachers could ask for many different things that were not in the standard array of privileges, such as grants for their sons to attend university and pensions. Pensions were not very common at the time since teachers were appointed for life, but some rectors managed to make an arrangement with the magistraat, at the expense of the teacher who was supposed to take his place as pensions were paid by cutting the wage of the new teacher.[17]

During the seventeenth century, the purchasing power of teachers at the Latin schools changed drastically. Already at the beginning of the century, teachers had been convincing the city government that they share the same intellect and social status as priests, and should therefore get equal pay. Their call was heard and only a few decades later the salary of the rectors in Overijssel had increased from 100 up to 700 guilders a year. The same type of gain is seen in Gelderland, Utrecht and Holland. Even accounting for inflation, this was an improvement of their financial situation. This was especially true for teachers in the big cities, as the teachers in the countryside made considerably less money. As rectors in the smaller towns made the same amount as the lowest ranking teachers in the bigger cities, which was something between 200 and 400 guilders, the rectors of the biggest schools could make up to 1300 guilders a year in the last few decades of the seventeenth century.[18] Yet, when considering early modern living standards, one should take into consideration the manifold array of payments that defies our modern and bureaucratic notion of wages.

Just as academic staff today are forced to bid for research money, solicit scholarships, present themselves at social media, and publish so as not to perish, their early modern counterparts at Latin schools had to find additional sources of income to advance their careers. If they managed to do so, as for example Gerard Vossius did, they might hope to be remembered not only as good school teachers, but also as prominent members of the international Republic of Letters.

[10] When documented in the city’s financial accounts, this minerval allowed historians to make fairly precise estimates for the number of students enrolled in the Latin school.