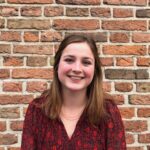 Hannibal the Black Hero: role models in the resistance discourse of the Black Atlantic intellectual network

He was one of the most critical threats the Romans ever faced. With a hostile army and gigantic elephants, he crossed the Alps with the goal to clench his fist around the pumping heart of the Empire. Significantly, he came from Africa: Hannibal. 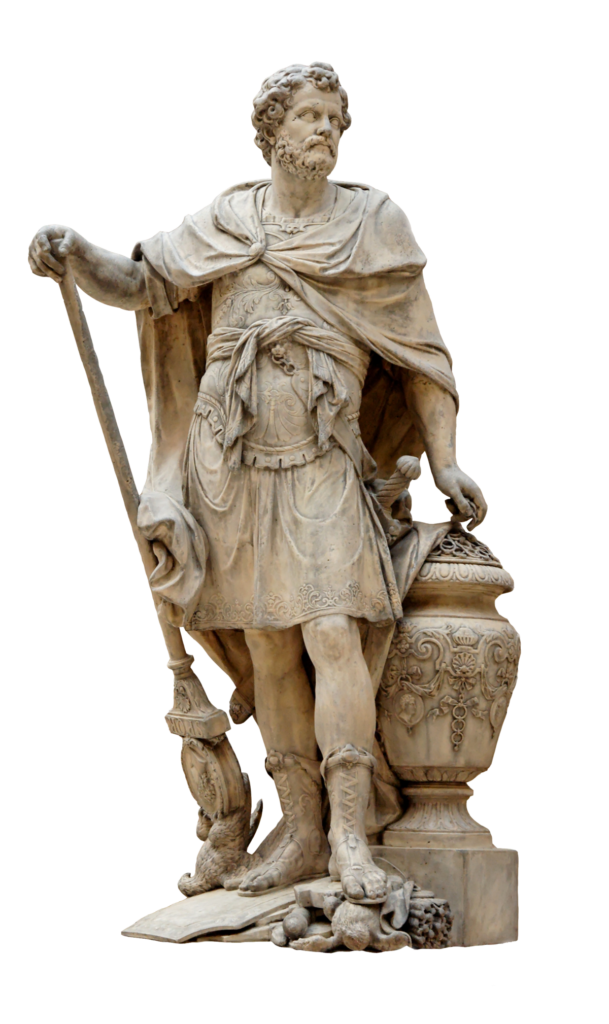 When in the nineteenth century black intellectuals strengthened their voices, they wanted to underpin their black identity. They wanted to write Western-centred history from a black perspective. They celebrated black heroes of the past, and championed those figures who represented resistance. The black people of their time needed to embody a similar resistant attitude against the oppression they faced. Someone such as “that mighty son of Africa, HANNIBAL, one of the greatest generals of antiquity, who defeated and cut off so many thousands of the white Romans or murderers” became a key figure in this story, the shared identity of black people.

The quotation is by the African American abolitionist David Walker, from his An Appeal to the Coloured Citizens of the World, published in 1831. Peaceful attempts to prove the humanity of black men had not proven effective, so Walker called for the violent overthrow of slavery. A figure like Hannibal was a fitting historical role model. Henry Highland Garnet, another black leader from the United States, talked about “the ancient fame of our ancestors”, referencing “Hannibal, the sworn enemy and the scourge of Rome – the mighty General who crossed the Alps to meet his foes” in his The Past and Present Condition, and the Destiny, of the Colored Race (1848). In the same breath, Garnet mentioned figures as Cleopatra, the beautiful Egyptian Pharaoh, Terence, the important Roman-African playwright, and Augustine: the Church Father from Hippo, a place in Northern Africa. All famous ancestors to the African race. When Haitian intellectual Anténor Firmin advocated the importance of counterarguing race scientists in his De l’égalité des races humaines (1885), he used Hannibal’s words: “Only in Rome can the Romans be vanquished.”

Writing history from a black perspective, emphasising figures of resistance and countering race scientists: black intellectuals used all of these tactics and more in forcefully strengthening their voices in the nineteenth century. They used this, what I call, “resistance discourse” in a time when the abolition of slavery and equal rights for black people was the core goal of their political activity. Through analysing a citation network I created of people cited in fifteen publications written by black intellectuals in the nineteenth century, I could gain insight in the nature of this “resistance discourse”: 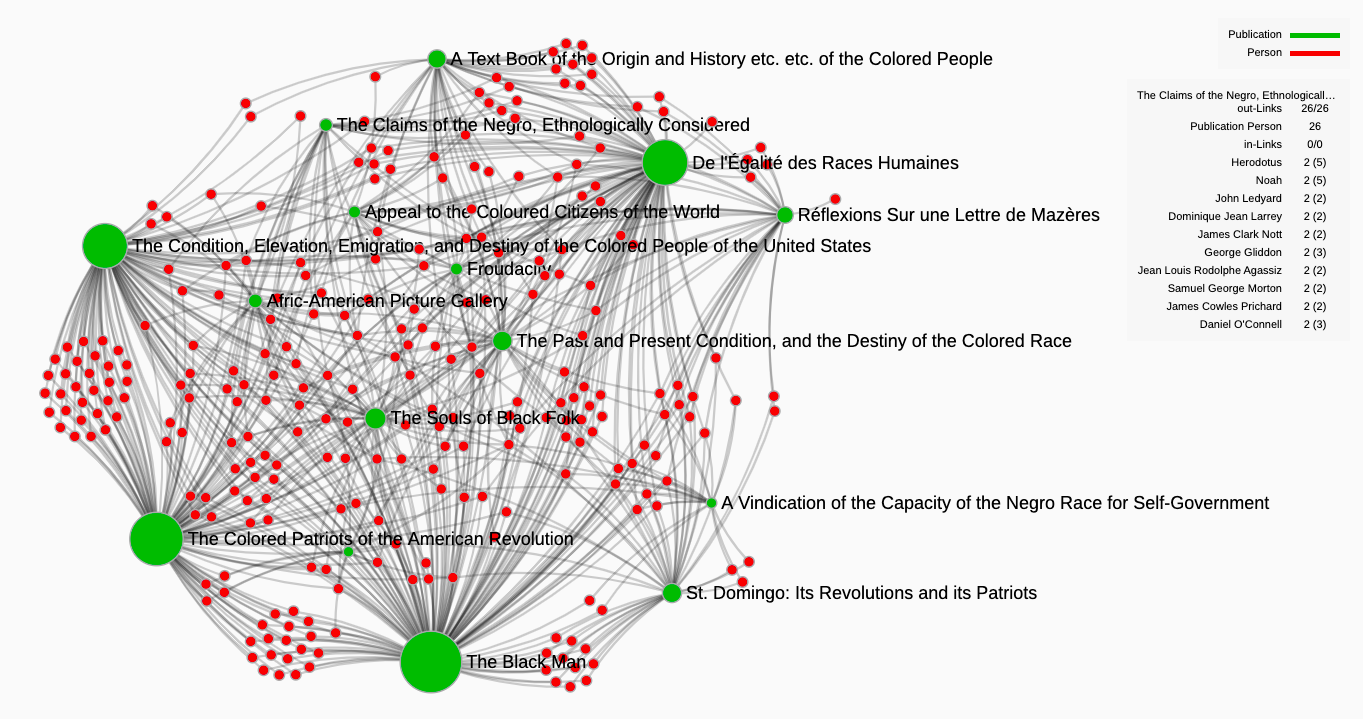 While these black intellectuals positioned themselves as specifically learned, they also positioned themselves as specifically black. And they created a black learned community: they showed their erudition by referencing figures from antiquity, while emphasising their blackness through heroes like Hannibal. Their resistance discourse tied them together within a particular intellectual frame of reference: a movement of people with a program of resistance that enhanced their collective identity and visibility as an intellectual community.